Here is just one story of 3 incredibly fun hours spent at MIX09. I was told by many of the attendees that they had a blast … I know I sure did! I want to thank everyone who came, the sponsors, and everyone who helped make it possible. 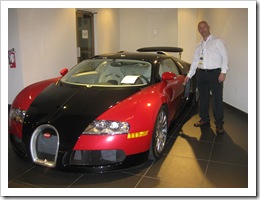 As I started organizing my schedule for MIX09 I realized that there were more people I wanted to meet than I had time. Many of these people, but not all, are gurus in various areas in Silverlight and WPF. Some are vendors with cool products, some are uber technical wizards, some are amazing designers, but all of them are key Silverlight influencers who I wanted to meet face to face at MIX. When I saw the idea floated around that someone should gather these people together … I decided to make it happen … the result is the 1st annual Silverlight MIXer.

So this year at MIX I had the honor of organizing the 1st annual Silverlight MIXer at MIX09.

Before I go any further I want to recognize and thank the sponsors of the Silverlight MIXer 2009.

The sponsors were instrument 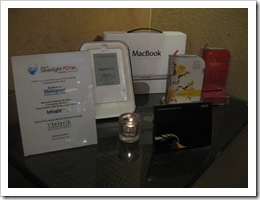 al in making this event happen and were all very generous with their donations. They all chipped in and gave each attendee some great gifts (I supplied the bags). We had a raffle for the attendees too which included several expensive software suites donated by Infragistics and Telerik, a MacBook Air donated by DevExpress, and a Kindle 2 donated by all of the sponsors in collaboration. In addition to the gift bags, Tim Sneath and Adam Kinney got Microsoft to give each attendee a blue Zune (in honor of Silverlight)! The gifts and raffle items were completely optional and all of the sponsors really came through.

The Silverlight MIXer was a gathering of some of the most influential Silverlight and WPF gurus in all the land. I worked with Adam Kinney, Tim Heuer, and several others to try to make sure I invited as many key Silverlight Influencers as possible. The trick of course was to get funding for an awesome party where we could gather, have fun, want to stick around the whole time, and actually hear ourselves. It sounds simple, but if you ever go to a major conference party you know the hardest part is actually hearing the people over the music and noise.

We chose the patio Dal Toro Ristorante as the location of the event, which conveniently is within the Palazzo Hotel (connected to the Venetian Hotel). The Dal Toro patio overlooks the strip (within 30 feet of it actually), gives a great view of the Treasure Island pirate ship show, and has an exotic car gallery adjacent to it (including Ferrari, Lamborghini, Lotus, Bugatti, and many other exotic cars). Of course, we had a ton of food and drinks too :) <p></p> <p>I hired an event coordinator, Suzanne Hogan of Milk and Honey Events,  to help put all of the finishing touches on the event. She did a fantastic job and contributed in dozens of areas. Suzanne has run events for years and did a bang up job for us. 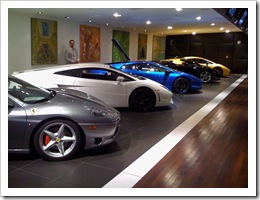 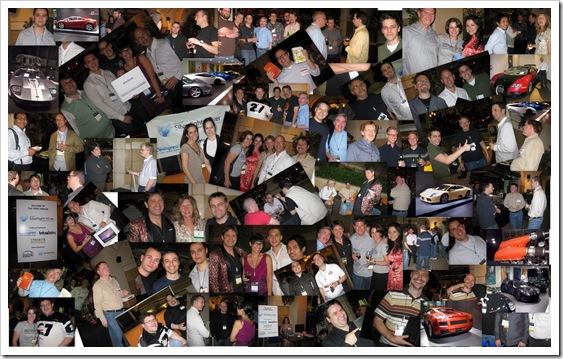