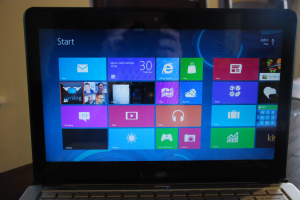 I love lightweight, powerful, and fast computers. Sometimes its so I can travel and other times its just to make it easy to move around the house. Not too long ago it was difficult to find these types of computers unless you were willing to sacrifice performance … and I wasn’t. It’s one thing to run Word and a browser, but developers need beefier performance.

The folks at Intel recently sent me an Ivy Bridge Ultrabook to examine and provide feedback. They made it clear, in about every way imaginable other than a telegram, that this is a model that will never be a production laptop “as-is”. It is branded as Intel, yet the gist I got is that this is simply just a model they use as a sample to show what OEM’s can create. That all said, I was very impressed with what I saw.

In this post I’ll be giving my impressions of the unboxing experience. I’ll follow up with a few more posts on how it performs after I have more time to put it through some real power use for extended periods.

The Ultrabook came with the a power block and cord, a 16GB USB stick loaded with drivers, and of course the Ultrabook itself. The packaging was lackluster, but again, it’s a pre-production machine and I really had no expectations there. 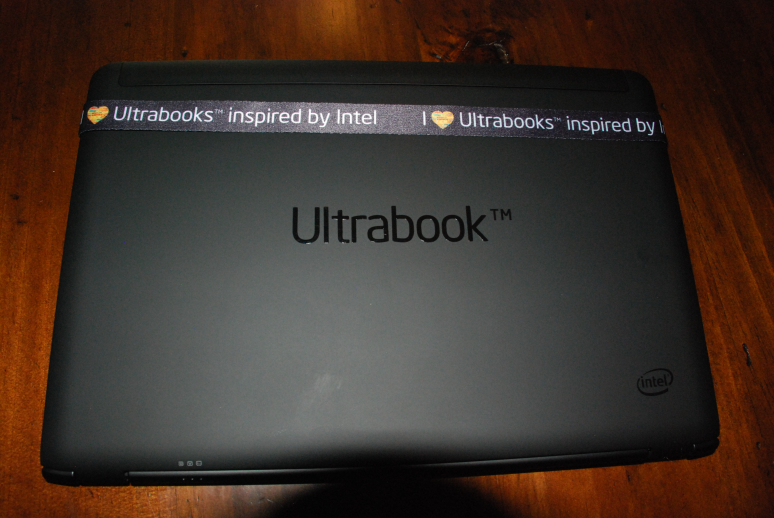 Upon opening the Intel Ultrabook the first thing that struck me was the soft rubberized cover. It’s a refreshing change from the cold steel and plastic we have all become accustomed too. If anything, it’s different enough to make it stand out from others. I would be interested in seeing if this is a new trend.

The Ultrabook is sleek and thin combined with some nice specs listed like an i7 2.49Ghz processor, 4GB RAM, and a 180GB SSD drive. Of course it has all the standard ports and then some (USB 3, Bluetooth, WiFi, SD card slot, and more). I love that it has full sized ports too. This makes it easy to carry the Ultrabook around and plug it into a wired ethernet port or external display without needing a dongle/adapter (which I usually lose anyway).

The keyboard was probably the biggest letdown here, but again, this is not something Intel manufactures so I don’t hold it against them. I don’t expect to see an Intel keyboards out in the wild. But honestly, the keyboard was still better than the last test model I reviewed from ASUS’s UX31 Ultrabook.

The touchpad is nothing to write home about, but it serves its purpose well (after installing updated drivers).

The screen looks good and is allows touch gestures. This is critical for a Windows 8 computer and in my early uses it has performed very well. The colors in the monitor were crisp (though the shot below doesn’t do it justice).

Windows 8 store apps will be able to take advantage of many types of sensors including touch, accelerometer, NFC, GPS, device rotation and more (You can learn more about these available sensors here). 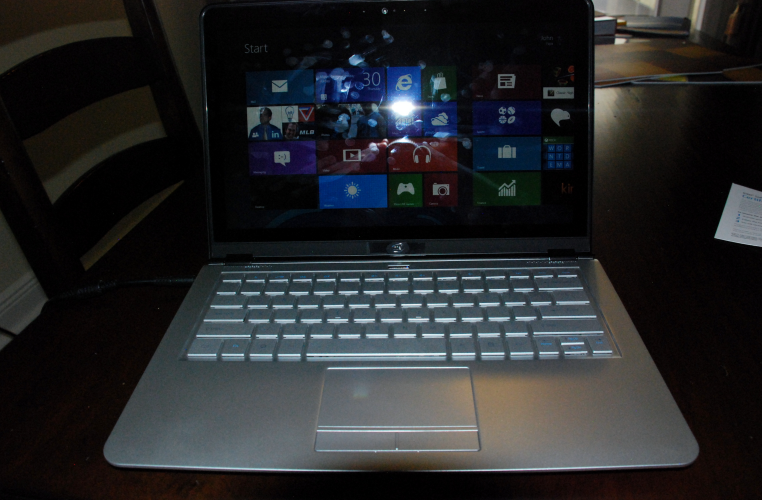 It came initially with a prerelease of Windows 8, which I promptly reloaded with the RTM of Windows 8 Pro. It loaded flawlessly and found the drivers with little effort. I then loaded a series of apps from the store along with Office 2012 preview and Visual Studio 2012 Ultimate. From the time I started installing Windows 8 to the time I finished Visual Studio 2012, (and installing some apps along the way) I was coding a Windows 8 app within 90 minutes. It was a great start.

In my early tests, from a powered off state I managed to boot and get to the login screen in just a few seconds.

Disclosure of Material Connection: I received one or more of the products or services mentioned above for free in the hope that I would mention it on my blog. Regardless, I only recommend products or services I use personally and believe my readers will enjoy. I am disclosing this in accordance with the Federal Trade Commission’s 16 CFR, Part 255: “Guides Concerning the Use of Endorsements and Testimonials in Advertising.”