One of my favorite features is the XAML based refactoring. I do a lot of Silverlight and WPF programming so its great to have their refactorings in place with XAML in addition to the VS intellisense. I try DevExpress’s tools about once a year hoping it will challenge R# for me, but it just has not given me reason to replace R# yet. Until it gets all the features of R# with the code analysis, pre-compile, etc to the level that R# does, I am sticking with R#. But I am rooting for DevExpress to pick it up … they certainly have some nice eye candy in their app … and they’re plug in support is superior to R#. But those are ancillary to me. I need the productivity gains of R# that so far DevExpress has not reached IMO. 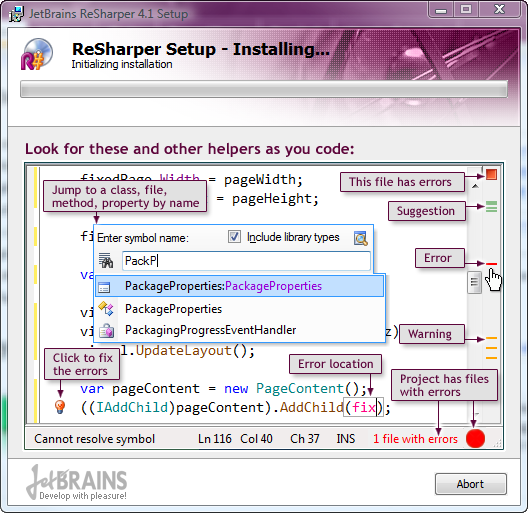