This week on Silverlight TV … Recently, UX legend Bill Buxton was in town and stopped by to share what he's been up to. In this video, he discusses how integrated devices with things that "just work together," UX, and touch might all be in our lives to a much larger degree in the near future. This is a short conversation with Bill where he touches on his thoughts about the next version of Surface, UX, and the new UX Lightning series at MIX11, which he compares to "speed dating." Bill also drops an interesting nugget—he's used nothing but slates/tablets since Nov 2002, and he even wrote his popular book on a tablet! 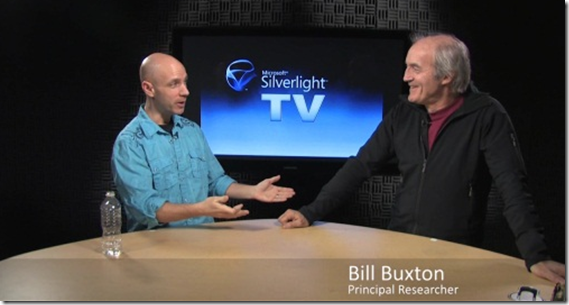