Recently I had a great opportunity to sit down with my good friend and expert Angular developer Ward Bell to film a Play by Play for Pluralsight on Angular 2. You can watch Ward and I build an Angular 2 app from scratch, and see us explaining the decisions we make as the code unfolds.

Here is the description of the video with us ...

In this video, Curious about getting started in Angular 2? This Play by Play will get you up and running in under two hours. In this course, Angular experts John Papa and Ward Bell build an Angular 2 app from scratch. You’ll learn about the various options for spinning up an Angular 2 app, including the Angular 2 QuickStart on Github. Once installed, you’ll see John and Ward add test coverage (and learn why Ward insists on end-to-end testing), work through building components, data binding, dependency injection, and handling HTTP requests. Along the way, you’ll learn best practices from two Angular masters, and valuable tips that will help you write better code and take advantage of powerful Angular features. By the end of this course, you’ll have a solid launching point for building Angular 2 applications of your own.

The code used in the demonstration is available at http://github.com/johnpapa/pbp-a2-ward 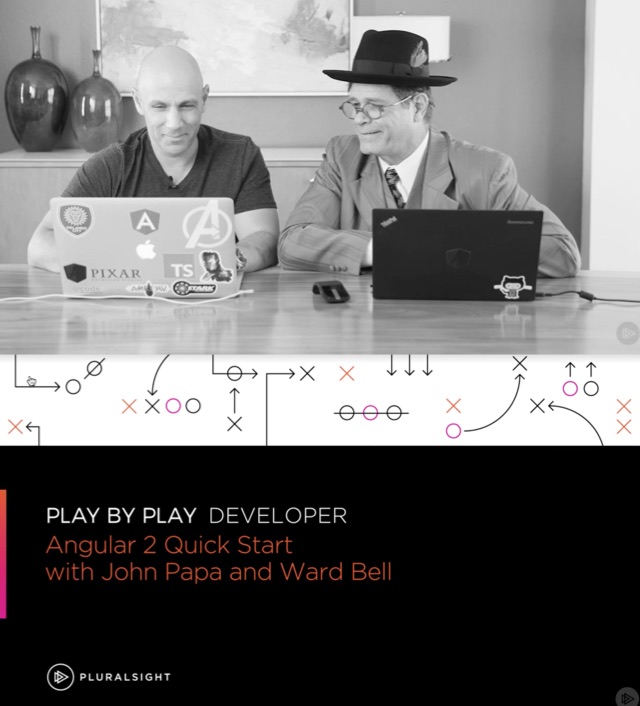