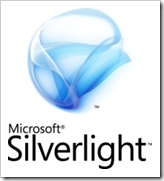 announced the release of Silverlight 2 is coming tomorrow, Tuesday October 14th. I’ll be updating all of my book’s code samples to the Silverlight 2 RTW version. I expect very few issues other than a few styling changes I know of already from  Beta 2. There were many good questions after the live conference call today. I paraphrased some of these below.

Disclaimer: For those of you who caught the call too, please let me know if I made any mistakes below … I was typing like mad while listening. Any typos are purely unintentional.

Here are some of the highlights, from their press release: